Does Your Car Have a Faulty Alternator? Here's How to Tell

Does Your Car Have a Faulty Alternator? Here's How to Tell

The alternator is one of the crucial electrical components in a vehicle. It is a component that's bolted directly outside the engine block, and its role is to generate electrical energy and power a running car. The alternator provides a steady source of electricity to the vehicle's ignition system and electrical accessories, such as the music system and AC. Therefore, if the alternator isn't working, your car may start but won't run. But how do you know whether you have a faulty alternator? Here are the top telltale signs to look out for.

A dead car battery is a problem on its own, especially if the component has outlived its usable life. However, if you have a relatively new battery and your car won't start, the alternator could be the problem. The alternator charges the battery when the vehicle is running. If the alternator isn't working, it won't charge the battery properly, and your car may fail to start the next time. Note that a dying battery can also stress the alternator and accelerate its failure. Therefore, it's advisable to have both components checked.

Now, it can be hard to know whether you have a faulty alternator or dead battery. To distinguish the two, try to jumpstart the vehicle. If the car runs perfectly, your battery is the issue. However, if it starts and then stalls after a few seconds, the alternator is unable to supply enough electricity to keep the car running. You need to replace it with a new one.

The alternator is the primary source of electrical power in a vehicle. It powers everything, from your music system to the headlights and interior lights. If it isn't able to provide enough energy, you may notice your lights dimming when they should be working correctly. In some cases, the alternator is simply unable to support multiple systems at once, while some alternators fail to work altogether. Electronics start to behave erratically and warning lights come on even when nothing is wrong with the vehicle.

Some accessories that draw additional power from the alternator can cause it to fail as well. These include off-road lights, heated seats, window defrosters, robust stereo systems and blower fans. If you regularly use air conditioning, you can expect the extra load to cause premature wear of the alternator. If you use these accessories, get your alternator checked regularly to prevent electrical failure.

Contact an auto electrical contractor for a proper diagnosis if you suspect that your car has a faulty alternator. 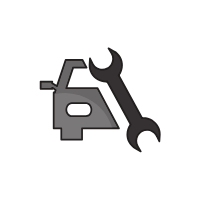 You do not have to be a petrol-head to take pride in your vehicle. So if you have been looking for ways to enhance the visual appeal of your vehicle without having to know complicated terms referring to what is under the bonnet, you have come to the right place! Over the years, I have realised that without maintaining a luxe appearance for my vehicles, the less money I can make when I choose to sell them down the road. So I decided to look into the different ways of keeping the body looking top-notch and have learnt that this starts with knowing how to spot the signs of wear. In addition to this, I have written about how to select the best paint, the benefits of regular waxing and more! Happy reading.